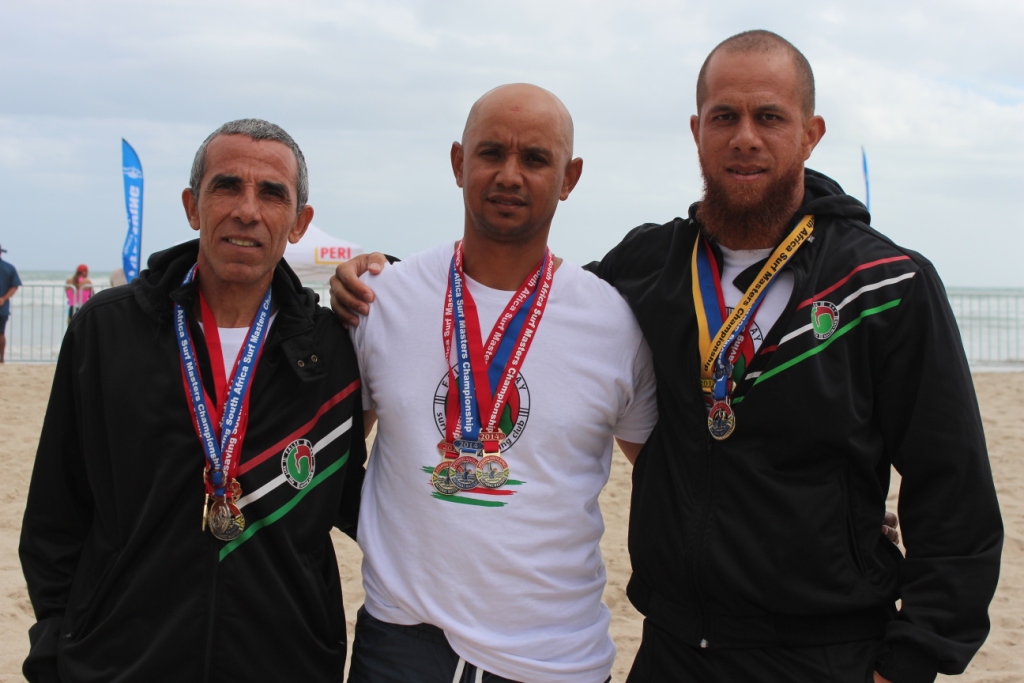 The South African Surf Masters Championships took place on the 19th of March at Strand beach and saw False Bay send a team of three members to compete. All first-time competitors, they came ready to give it their all and represent the club with full force!

They wasted no time in adding to the medal tally as Michael Faulmann walked away with the first medal in the men’s age group F flags final, taking a silver.

Yusuf fighting hard for his bronze medal in the flags event!

But that was just the start, as in the next event all three medalled again with Michael taking gold in the sprints and Patrick and Yusuf taking silver in their respective age groups.

Michael galloping away in the sprints final to take his first gold!

Yusuf pushing for a silver medal in his sprints final.

The three then combined to form a beach relay team in the 130+ age category and went in as firm favourites to take the race.

Great changeover between Michael and Patrick!

They did not disappoint for sure, as they left the other teams in their dust, clinching gold to each claim their third medal for the day.

The very last event of the day saw Michael taking his third and final gold in the beach run, beating some stiff competition in a fine performance to top off the competition.

Yusuf powering home in the last leg to take the gold for the team!

Hopefully this will be the first of many competitors that the club sends to masters champs, as they can all be proud of the great performances they produced!

The Masters team after a very successful day of competition!