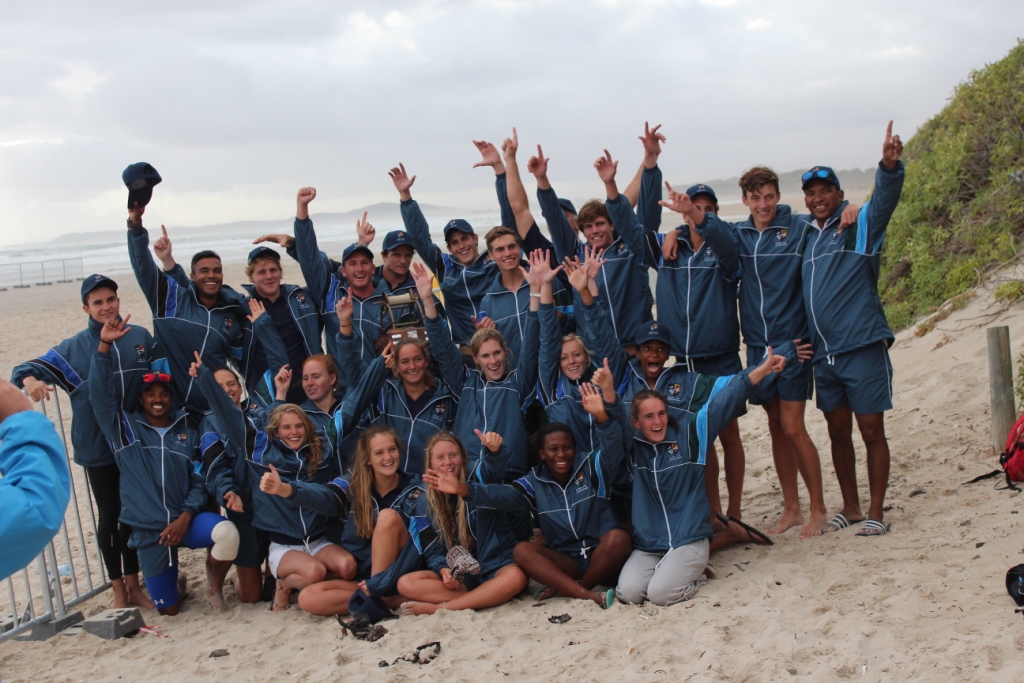 18 Apr WP bring back the title!

Inter-provincials 2014 were hosted at Strand beach on the 19th of March and saw Western Cape competing against the likes of Kwa-Zulu Natal and the Eastern Cape with both junior and senior teams in action.

The WP team competing at inter-provincials.

The Western Cape team had two of False Bay’s very own with Ryle De Morny in the senior men’s team and Lindi Le Brasseur in the junior women’s team.

The day started out with some water events and showed immediately that it was going to be a tight race all round as only two individuals from each province were allowed to compete in each event, with only the top athletes competing.

First event of the day saw the ladies taking to the water.

Moving to the beach arena, we saw Ryle once again assert his dominance taking both the sprints and flags titles for the senior men.

Ryle and his WP teammate, Raphael Jeftha, leading the way in flags.

Lindi then placed a close second in the junior women’s sprint race, where WP had a good showing.

Both members were a part of the junior and senior mixed beach relay teams that took the title in their respective races.

Lindi flying through her leg of the beach relay!

Ryle cruising home in the final leg of the senior beach relay.

At the end of the day, the Western Cape juniors tied for first place with the KZN juniors and the seniors scraped a win by a few points, meaning the Western Cape were able to clinch the overall inter-provincial title!